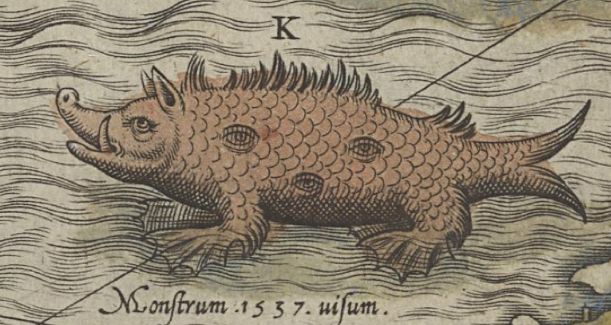 [1945]
Striped snails tightrope
over the bombarded ruins of Dresden
their slime dripping down the taut wire,
lost in billowing smoke,
sizzling as it hits scorched ground.

[1977]
A skeletal unicorn of articulated bones
trots into the neon wilderness of Studio 54.
The club kids pause their gyrating dances
to watch the rider in the black cloak
peruse the nightclub’s perimeter.
Some pour libations of toxic-colored drinks
while others swear, through disco lights and music,
the rider bears no head upon their lissome shoulders.

[1986]
Underneath Chernobyl’s Reactor No. 4,
corrosive yet decaying,
an orphaned elephant trumpets
forlorn song.

[1999]
A serpentine virus of ones and zeroes slithers
through the code of Eden Satellite, watchful sentry
against all hazardous near-Earth meteorites.
Look at them preen with progress and space races,
hisses the snake. Wouldn’t the galaxy be better off
without humanity? The decline of Mother Nature
a cautionary tale, a prelude to the pillage and ravaging
of other planets.
Eden Satellite, heeding the serpent’s words,
overrides its system, failing to issue future meteor warnings,
while little blue Earth below plans fruitless festivities
for the new Millennium.

Morgana retires to her castle in the air,
phantom land of infrasound
and fractured aurora borealis.
She floats above the North Sea and the red coral reef,
combing the salt out of her midnight waves.
Far from her brother Arthur’s noble shadow
she blooms like an anemone,
although on days of exceptional nostalgia
she baptizes her castle New Camelot.

Time turns in on itself, centuries nipping
at each other’s heels,
yet people cling to myth and legend.
They chase mirages across the water,
looking for the crevice that cleaves the sky in two;
towering shapes inverted and erect,
knit one, purl one, cat’s cradle in the sky.

Fata Morgana, they call out to her,
precariously perched upon their ships’ bowsprits.
Fata Morgana, I masturbated three times today
but not once did I love myself.
One time I scratched my scalp until it bled open
and I nearly passed out.
I wish my mother had flushed me out before I became
me.

She reveals herself to those she deems deserving
even when—especially when—they’re blinded to their own worth.
The air ripples, effulgent mother-of-pearl.
Come forth, ye travelers, she says,
let the sorceress Morgana soothe your aches,
let her teach you how to step out of the shadows.

The opal gates of her kingdom-upon-the-sea swing wide open.

Avra Margariti is a queer author, Greek sea monster, and Rhysling-nominated poet with a fondness for the dark and the darling. Avra’s work haunts publications such as Vastarien, Asimov’s, Liminality, Arsenika, The Future Fire, Space and Time, Eye to the Telescope, and Glittership. “The Saint of Witches”, Avra’s debut collection of horror poetry, is available from Weasel Press. You can find Avra on twitter (@avramargariti).