“SIBYL OF THE INNER CITY” by Lorraine Schein 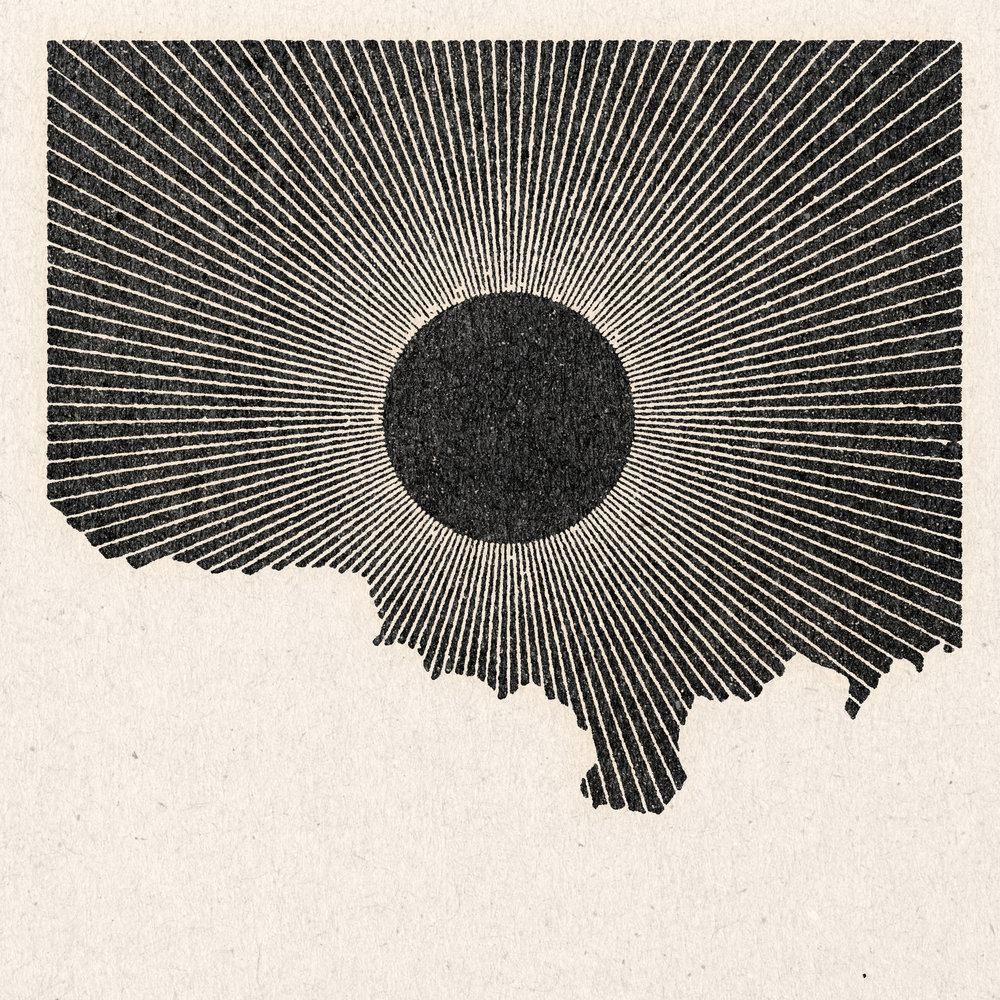 She is her own inner circle, circling.  She lives alone in a fifth-floor, walk-up cave. The other side of her door is inscribed with a pentacle, scratched into the metal frame with a knife.

She slams the door and enters the loft, goes to the unmade bed, and throws her coat on it. Her bed has a wooden headboard with carved columns on each side. One post holds a silk sleep mask that she wears so the sunlight does not wake her in the morning. She goes to sleep past midnight, and always sleeps till noon. The curtains are closed always; windowsills thick with dust.

Outside, the city is a forest of lights, a sea of sound that surges within her. Her lover is the moonlight cast onto her bed, rays mingling with the violet neon light from the sign across the way.

She tells the future from dirty city leaves, the veined rust on tin cans, the discarded clothes and sofas on the street. Her voice has a secret in it; her whisper is for you only. Sent from her cell phone, her spells are tweeted incantations—instant-messaged curses circling you like croaking ravens or blessings rayed about you by doves’ wings buoying morning light.

Like all psychics, she predicts the present best–a shadow cast on moving water.  Her clients

watch her dowse their pointing futures, believe them. The natal charts she makes them are calculated

“The great recluse lives in the city,” she reads in her book on Chinese poetry. She throws it onto the pile of books stacked next to her bed, and they all slide onto the floor. Her cat leaps into her lap, was found on her block, as feral as she is.

She buys colored candles from the magic shop and powdered herbs for her potions– mugwort, valerian, flying powder.  Sometimes she makes her own scented oil, blending fixative, neroli, white jasmine, hyacinth and wild rose with a perfumer’s funnel. She wears only silver jewelry, a silver crescent pendant, snake spiral ring, silver hoop earrings. A strand of her hair hangs over her eyes, but she doesn’t stop to brush it back.

Her pelvis is an altar.  Her altar today holds Tarot cards, white flowers, a small saint card from the botanica, showing a smiling woman immersed in flames, a blue-veined marble found in the street. Ash from burnt incense sticks lays scattered around an etched marble burner next to it.

She knows who is coming down the street and when. She goes over to the window, and leans out to look for her dealer in dragon-wing powder. She is a wiser, older density–an occult slum, the intensity of squalor and cunning, potentially eruptive with the teachings of the dark, ancient ones.

What she tells you is a charred page saved from an incinerator.  She is a fragment from a lost grimoire whose meaning you will try to decipher one day above the subway’s roar.

Lorraine Schein is a NY writer. Her work has appeared in Strange Horizons, VICE Terraform, Syntax & Salt, and Little Blue Marble and in the anthologies Tragedy Queens: Stories Inspired by Lana del Rey & Sylvia Plath, and Spectral Lines: Poems About Scientists. The Futurist’s Mistress, her poetry book, is available from mayapplepress.com.