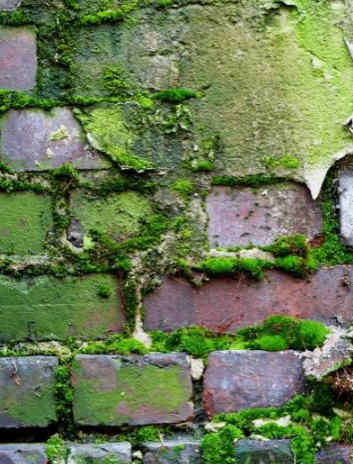 They were anxious to lock someone up, anyone or anything, it didn´t matter. I don´t know why. Lenin explained that empires export their contradictions because they can and as a way to stabilize themselves inside.

The monster, the crippled one, the one on top of the hierarchy, locked up a dog in the bathroom. I don´t know why. It was a big dog. I don´t remember its name. I only remember its tragic fate. He locked it in the half-bathroom on the ground floor, that was maybe two meters wide by three or four meters long. I guess it was to exert absolute control over it. But deep down, I think it was also to hurt it, to vex it, to force it to live in extreme conditions it could not escape from. To break it, just because he could.

It couldn´t have been for any other reason. There was enough space for the dog in the garden, in the backyard, in the garage or, as a last resort, on the rooftop. Besides, locking up the dog made it impossible for anyone to use the bathroom, because the animal was inside and because it became inoperative in a few weeks. The smell was unbearable, the floor was full of dirt, the wallpaper on the walls impregnated with pestilence and, because of the humidity, it began to fall.

I think this was another of the monsters’ goals: to tear the house down. As if they all wanted to corrode and bring to the ground the palace of darkness that made them feel so proud and powerful —at least unconsciously. Consciously, they would do everything the could to defend their dominance over what their considered their territory.

I don´t remember how many days passed until he stopped telling the others to take the dog out from time to time. It was grotesque to keep an animal, a living being, locked up almost permanently in such a small space, just because he could.

The ravages on the dog became visible after a few weeks. Sometimes I would peek through the slits of the window to see it. It was devastating to realize that the dog was still growing inside the bathroom, until it reached the size of an adult. It was cruel that it kept growing.

There was something frightening in its eyes. When we made eye contact, it stopped stared at me for a few seconds, before starting to run and jump and hit the walls until I stepped away from the window. It didn´t have the eyes of a dog. At least, they were not like any other dog´s eyes. It had the eyes of a human being tormented by madness.

It scared me, it made me sad, I felt disgusted, it made me feel brave. It hurt me to have to witness it. Equally or even more grotesque than the dog’s confinement was the fact that no one said anything. None of the other monsters, who appeared to be less damaged than the crippled one, did anything about it. Those who even dared to criticize him in his absence. Sometimes with a tone of worry, sometimes of disguised fun.

They came all the time to the house to distract themselves from their no less unfortunate existences, to take advantage of the fact that they were allowed to do what they wanted. Somehow they managed to find freedom in that palace of darkness. They were attracted to hell, even if they were not aware of it.

They got used to using the bathrooms upstairs, pretending not to notice the smell that reached the main hallway, acting as if nothing happened. At a first glance, they seemed to conceal any reaction out of respect for the crippled one, but I think they fed on the certainty of not being as damaged as him. I think they found pleasure on witnessing his decline. However, being delighted by it made them as damaged or even worse.

I don´t remember what happened to the dog. I just remember that once I opened the bathroom door. It was when the crippled one had already begun to rot. They had to dialyze him at least once a day, when his kidneys started to fail. I guess his body could no longer process the poison it was made of.

Since it was his palace, he conditioned the small TV-room on the ground floor for his dialysis. He left only one armchair, the tube that held the solution, a piece of furniture with the necessary tools and, of course, a television. Silence was what the monsters feared the most.

Everything inside that room had to be clean and sterile. That’s why it was such a good idea to open the door. In less than one second, the dog ran out of the bathroom, pushing me and almost knocking me to the floor. The strength and speed were impressive for an animal that had not used its limbs for months. Life always tends to freedom. Maybe, madness too.

I don´t remember much, I remember the sunlight tinkling on the walls and floors of the house. I remember some screaming. Among them, lame cries of panic. I guess he never imagined facing such a wild and uncontrollable threat, especially inside of his palace in which he felt so sovereign.

I imagine his desire to get up and run away, which was impossible because he was connected to the dialysis device and his left leg ended by then at a stump that used to be his knee. He must have been so afraid, he must have felt so reduced and useless. Behind the anger, he probably hid the terror of realizing that he was becoming increasingly vulnerable and helpless, that he was dying. That he was rotting while still alive.

He, the most respected one, the one on top of the hierarchy, the one who everyone obeyed and listened to, screaming and fearing for his life because of a dog. And because I opened a door.