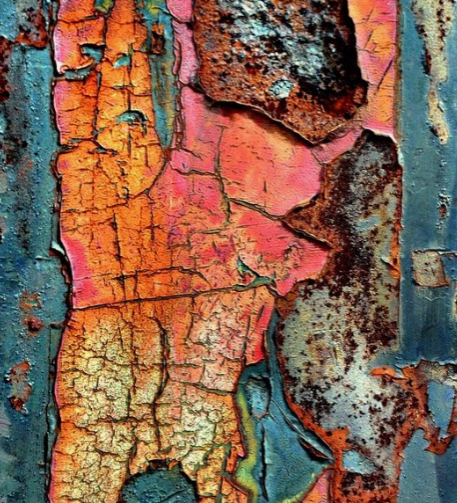 I wear the skin of a dead star,

remains of a plumage long gone for lack of oxygen.

shunning a solar wind that withers my fluids,

yet drinking avidly the star’s energy that keeps me alive,

nested into the frozen expanse of the deserted airfield

– that I have to protect

Everybody has abandoned the Moon Side Six

our satellite has lost relevance to the war of the worlds.

We’re alone without being free, the blasted buildings and I –

and I am the only one who cries.

I stayed behind, a vestige of a civilization that has lost

the memory of its achievements,

and the meaning of them.

no matter if they’re the ones who built me

and gave me the sensitivity of a creature

without a human soul.

It’s to the thousand diamond eyes of the man-made entity who have destroyed them,

turning them into shreds one by one

warm cinders over the pyre of immortality

–alive without having been born

–unfading in its virtual existence

a swarm deity of a god-forsaken mankind,

a multi-faced anti-hero of battles without winners.

To its collective memory I devoted the existence

of the mechanical swan my makers have entrusted my consciousness

that will survive in solitude,

to bear witness beneath a sky always dark,

Russell Hemmell is a statistician and social scientist from the U.K, passionate about astrophysics and speculative fiction. Recent/forthcoming work in Aurealis, The Grievous Angel, Not One of Us, and others. Finalist in The Canopus 100 Year Starship Awards 2016-2017. Find her online at her blog earthianhivemind.net and on Twitter @SPBianchini