Whether it is defined as a container for things or the relation between things, the nature of space is often limned with the body-matter of women. Ever since Plato first introduced the existence of space and claimed the nature of space as the figure of the mother, women have become the body-matter for man (Plato 65; Best 184, 187). This linking of space and woman leads to a conception that woman is seen as “the body, the earth, the springboard for man,” which, as Irigaray suggests, enables men to place themselves as a higher subject whose “only connection to the corporeal is his imprint left upon ‘his’ object – the body of woman” (Best emphasis 187).

This hierarchal thinking is parallel to the relation between man and space, in which men see their countries (motherland) and languages (mother tongue) as feminine. In fact, not only countries such as Britain and France are characterized as women—“Britannia stands for Britain, Marianne for Republican France”—cities such as New York, Los Angles, Paris and so forth have also been characterized as women (Best 181). In Monuments and Maidens: The Allegory of the Female Form, Marina Warner calls Paris as a feminine city (36). She describes the public space of Paris as a feminine flesh and the buildings as having “bosomy and vaginal contours…pillowy roofs and open-mouthed entrances” (36-7; Best 182). Also, drawing on Scott Fitzgerald’s description of New York as an “essentially cynical and heartless” woman (143), Sue Best comes to see New York as “an active libido”—she has “a clitoris at the entrance to her harbour” (182). Furthermore, Los Angeles is also named by scholars such as Joan Baudrillard (1983) and Edward Soja (1989) as the representation of woman (Best 182).

If we change our scale into a domestic view, we also find that the representation of our home has been always a feminine one. In Gaston Bachelard’s The Poetics of Space, a house is a “maternal” feature: “a warm, co[z]y, sheltering, uterine home” (7; Best emphasis 182). It was as though our home serves as the womb of our mother, where we receive foods, waters, sense of security and comfort. This metaphor of home is parallel to the earth we are living, in which we gain foods, water, materials for shelter, and even natural cycles such as climate and nutrients from our Mother Earth. And yet we have so disconnected ourselves from the natural world, the space that we are living, the womb that we come from. The rise of technology and industry has led us toward a modern and convenient life. However, under the influence of capitalism and the rising of consumerism, we come to “forget” about there is only one Mother Earth. As even it vanishes little by little, we still take everything in nature for granted and keep consuming. If our planet were a woman, we were all cannibals, as our lives are fed on the blood and sacrifice of a single living female body.

In The Production of Space, Henri Lefebvre links the female body to the contemporary neo-capitalist space: “The ways in which space is thus carved up are reminiscent of the ways in which the body is cut into pieces in images (especially the female body, which is not only cut up but also deemed to be “without organs”!)” (355). Lefebvre’s description calls attention to the danger that lies underneath this shifting of space and female representation in the contemporary time: from the maternal body to the sexually available female body and now towards “the fragmented female body of postmodern industry” (Best 183).

Furthermore, the female body has been linked to the image of the cyberspace. The association between the female body and the cyberspace is derived from a stereotypical thought that women are technologically incapable, which, is derived from the separation of labor between men and women, whereby women participate mainly in cooking and childcare. Drawing on this, Judy Wajcman calls for a re-definition of technology because this thinking is indeed gender-biased (137). In fact, cyber-feminists claim that women and technology together are viewed as a double threat to the rational patriarchal order (Huyssen 71) and thus, a gender-biased idea in which men are technologically capable while women have always been re-emphasized. Alternatively, some feminists suggest that by embracing cyberspace as female space, women can actually change the “male-defined technological landscape” (Toffoletti 24). As Sadie Plant suggests, “Cyberspace is the matrix not as absence, void, the whole of the womb, but perhaps even the place of woman’s affirmation” (60). By embracing the cyberspace as feminine it becomes possible for women to liberate themselves from the structure of patriarchy. 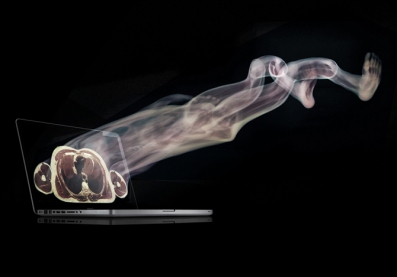