The Legend of Zelda: Breath of the Wild European Colonialism and Why We Need to Take Games Seriously by Ricardo Quintana Vallejo

Who would have thought that from a yellow-ghost-eating ball and a jittery Italian plumber video games would become a medium for complex storytelling (like Starcraft, Bioshock, or Mass Effect) and create worlds of such definition and creativity that would equal and surpass any animation studio?

An understatement: Breath of the Wild is successful. To play it is to live another life. It is eclectic, taking the best of the original Zelda games: their magic, the creativity of the puzzles, the need to collaborate with friends and strangers in the internet to solve them. And it has allowed itself to be influenced by others. The size of the world, the fragility and variety of the weapons, the side quests, they mirror Skyrim or Mass Effect.

The plot is not particularly nuanced. There is a protagonist, allegory of order in a western moral system, who faces, with the assistance of secondary characters, an antagonist, allegory of chaos. Like a Harry Potter that faces a Voldemort, Beowulf a Grendel, Elijah a Jezebel.

But simplicity is not the enemy of greatness. The Odyssey is about a man who is travelling home (and has some adventures along the way). James Joyce’s Ulysses is no more than a man who walks through Dublin one day. The beauty (and transcendence) of these works lies on their imagination, the awe of their descriptions, the pleasure in reading them, the complexity and newness of their words, how difficult they are to translate, etcetera.

BoTW has a simple plot, but the attention to detail, the texture of every tree, flower, monster, and character is unparalleled. It does not use words to create the world, but code, and it is some beautiful code! It is a monumental project. It requires an active reader to solve the puzzles in order to move the story along. It is not the same challenge as reading a book, but it is an engaging challenge nonetheless.

BoTW is a metaphor of European Colonialism. The main character, a white, blue-eyed young man is destined to save the world. Like Rudyard Kipling’s The White Man’s Burden (1899)—the racist author of the all-round awful Jungle Book (1894)—Link has the burden to visit the most exotic and wild places of the planet because the inhabitants need him to save them. Like Columbus or Magallanes, he has to “discover” the world, “draw” maps and help underdeveloped peoples to find their way.

Link is the European “I” that faces the “other”. Thus, he finds, for example, the strict matriarchy of the Gerudo; the Gorons, a tribal mining society that appreciates physical strength above all; the Rito, who literally live on trees; and the Sheikah, keepers of ancient wisdom and inhabitants of pagoda-like houses. Link finds all these people of color, saves them, and then, at the end, goes back “home” to save the allegorical woman, who also cannot save herself.

BoTW establishes racial hierarchies and fetishizes the “other”, perpetuates the problematic symbol of the white savior who goes and helps the “third world” or, if you so prefer, the “developing world.” He then goes home and saves the women. Indeed, the video game cover alludes to Caspar David Friedrich’s famous painting that has often been interpreted as an enlightened European man looking over a world of wilderness. 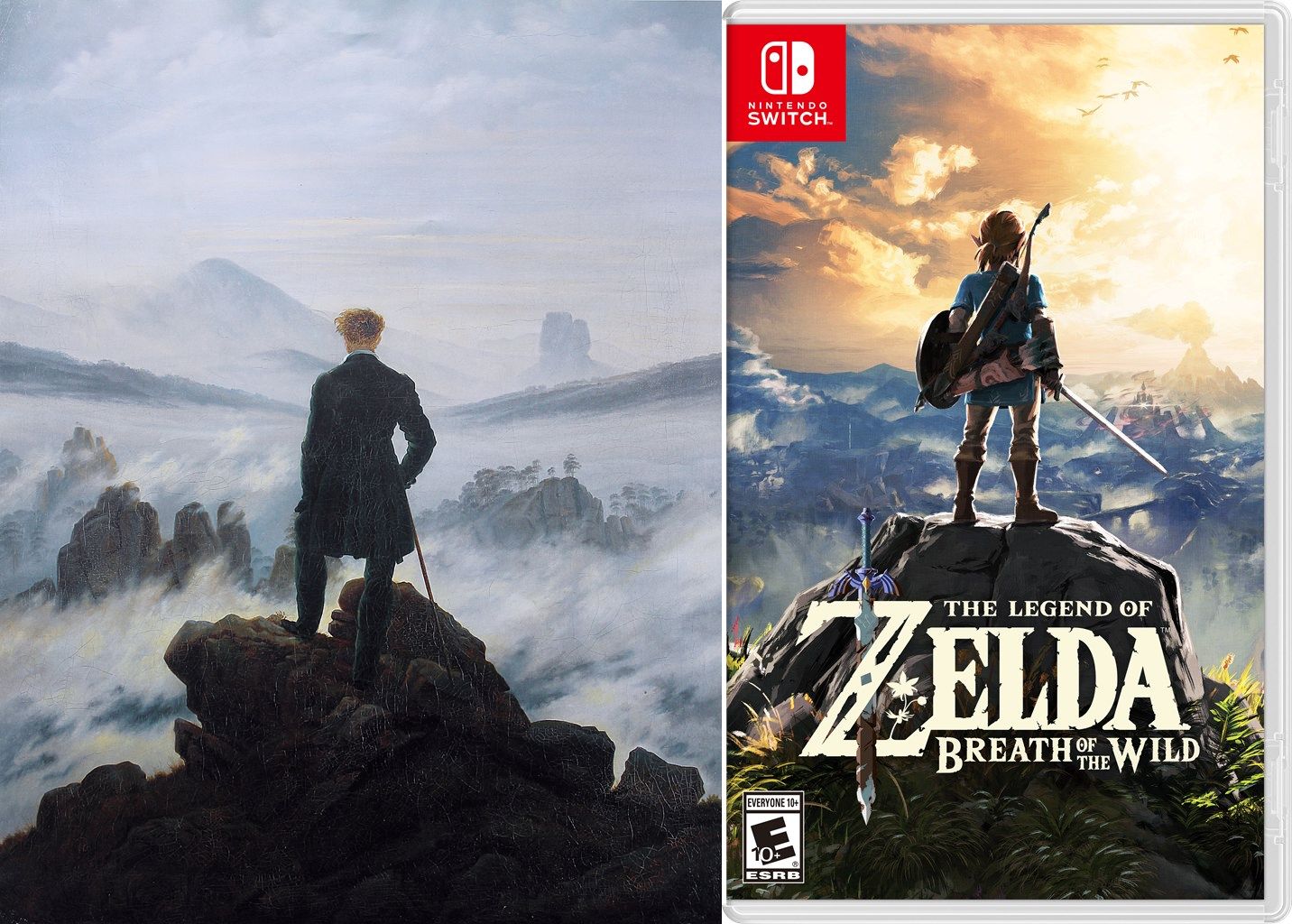 Video games do not exist in an ideological vacuum. And maybe the important question is not why BoTW sees the world from the perspective of a European explorer that finds underdeveloped peoples in need of civilization. Maybe the question should be: Why does a Japanese studio choose this narrative of world history as a relevant way to tell the story, and a commodity that will find many buyers worldwide? Maybe, European colonialism is still so natural and a discourse that feels so normal, that we will not question it.

Interpreting video games seriously enables us to understand in what discourses we are immersed. In this particular case, it allows us to understand that racism and coloniality do not always manifest as border walls or dead bodies on the shore of the Mediterranean, but can be subtle and, to dismantle them, we must give them the gravity they demand.