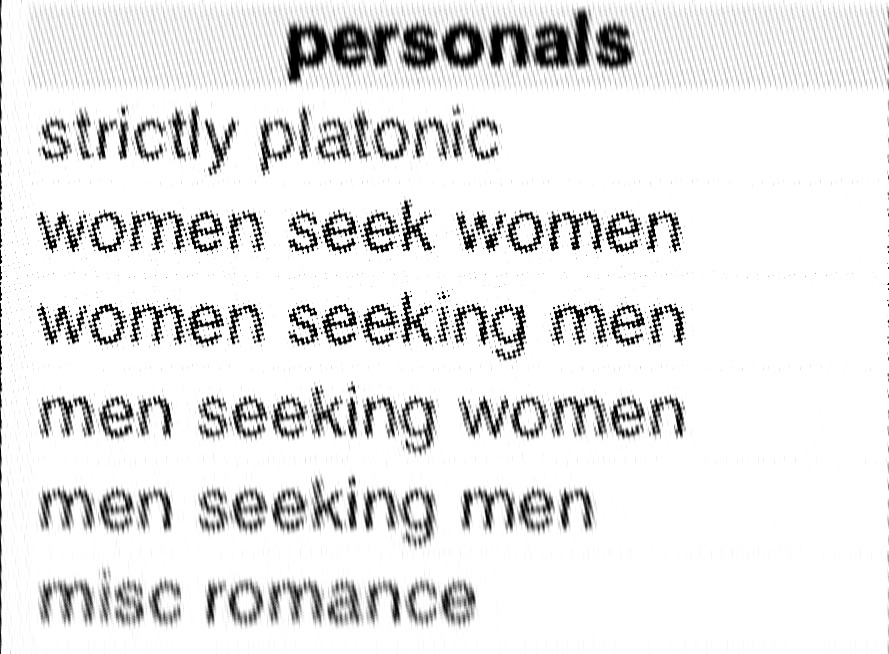 Dating While Melanated and Educated by Anwar Uhuru

In the age of social media and academic decadence, dating or hooking up has become an intricate Argentinian tango. Whether you’re battling the probability of having a rewarding career, a partner and children or just looking for Mr. or Ms. Right Now, the prospects for finding a decent person is best described as a trial by fire (optimistically you don’t develop permanent scar tissue). As a person who vacillates between academic and non-academic spaces dating becomes the topic of discussion. The infamous question begins with:

“Are you seeing someone?”

the response is: “But why? You’re such a catch!”

then I am subjected to the lightening quick response of “who is the lucky contender?”

They’re not asking simply because they wish me well or that I am no longer continuing the “my intellectual and spiritual endeavors are all I have time for” narrative. They want to know whether my potential mate is black or at the very least a non-white person. Just because someone is educated, queer identified or an ally, and politically (very liberal) doesn’t negate race-thought. Largely due to population of white vs. non-white, level of education, socio-economic status, and sexuality men and women of color are confronted with the possibility of engaging in an interracial or inter-ethnic relationship.

For example, the focus (or at least the top two) of this season’s The Bachelorette, is Rachel Lindsay’s racial consideration: whether she will choose the only black guy who’s left in the competition because he’s black. Yet, is there an intrinsically known safety in choosing to partner with someone of your own race? Simply stated, yes.

Rachel Lindsay of The Bachelorette

However, it doesn’t negate the issues of class and socialization. For example, if someone who is LatinX dates another LatinX person there is the probability of being from the same country and the ability to speak the same language with your partner. However, there is the issue of class and colonial ideology. If you’re Black there are various types of Black. Black people from the Midwest are different than East or West Coast Black folk (or what I call Coastal Blacks). Dialectically speaking, they are more aligned with Southern Blacks because their parents or grandparents are usually from the south and the cuisine and socialization are similar. There are other things such as inter and intra-racism that is known that one may not be aware of when it comes to coastal blacks. If racism within and between is experienced there is the issue of provincialism that Blacks from the Midwest and southern states experience from Coastal Blacks. It is best said from a quote from the film Amistad.

“People from the north view southerners [and I will add, Midwesterners] as not only being geographically below but also intellectually inferior.”

That statement, which is ironically stated by a white slave owner and United States Senator, is simply based on the assumption of based on someone’s geographical origin within the United States.

To add to the topic of geographical difference, there are the issues of colorism within Black American communities and communities of color. There are also the interactions Black people encounter among Caribbean, LatinX, and immigrants and/or the children of immigrants from African countries. This is not to exclude Asian communities if anything this is to include them in the conversation. These issues are not foreign to them either. For example, Asians face the issues of colorism, assimilation and being deemed the model minority within their community as well as, from potential white partners.

To add to the complexity of dating within one’s community, people of color also deal with the issues of class which are both intellectual and economic markers of difference. This is not to cast the bulk of the blame on communities of color because racism by whites is real. The biggest overt example, is dating/hook up applications. These places make it all too painful as to what potential white partners don’t want. And yes, LGBTQ apps are often the most racist. In addition to Dating/Hooking up, online pornography re-enforces these racist sexually exploitative fantasies. I will not bother with listing titles or search topics because a simple Google search will list all that you need to know. This is not a new frontier of discourse; writers like Zora N. Hurston, Ralph Ellison, James Baldwin, Toni Morrison, Gayl Jones, David H. Hwang, and James Earl Hardy have explored the ways in which men and women of color are subjected to racist sexual objectification. This is an opposition to Puccini’s Madame Butterfly, Karl Van Vechten’s Nigger Heaven, or the novels of Kyle Onstott. Lance Horner and Henry Whittington aka Ashley Carter.  Onstott’s novel Mandingo was adapted into a play in 1961, and performed in New York City at the Lyceum Theater, and later made into a film in 1975. Sequels to Mandigo were written by Lance Horner and Henry Whittington (aka Ashley Carter). One of those sequels Drum was made into a film in 1976.

The novel Mandingo takes place in an 1830s Alabama plantation named Falconhurst and trials and tribulations of a slave named Ganymede or Mede. 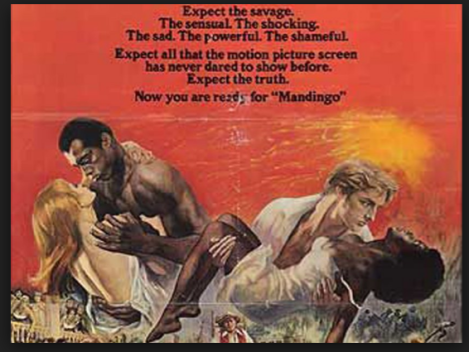 The later novel Drum is based on an entertainment fighter who was conceived through a sexual relationship with a white prostitute). Not only was Drum conceived through an illegal relationship but he came out looking far too black. So, the white prostitute lies and said that Drum’s mother was her female slave’s and not her own. Like his Ganymede/Mede, Drum was not only enslaved but forced to fight other slaves for the entertainment and profit of their master. The novels of Onstott, Whittington and Horner doesn’t just focus on the material capital of the black body but also on sexual/fetishistic taboo. Their works focus on rape by slave masters, their daughters and their wives, inter-racial desire/fetishization, incest, slave breeding, and same sex rape. For example, not only does Drum’s mother have an illegal relationship with his father but she also rapes her female slaves. Both Ganymede/Mede and Drum are forced to have sex with other female slaves and they were subjected to being raped by their master or various slave owners too. Whether the novels were part of their own fetishistic fantasies or the tales were told to him in various parlor rooms. Onstott’s novels and films are the fuel that feeds the very real fear of people of color. 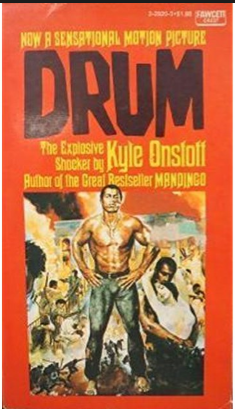 Recently, an article written by Donovan Trott, called “Race-Play 101: My Introduction into the World of Racist Sex Fantasies,” is about the ways in which the author experienced being exposed to the racialized-sex fantasies of potential partners.

It is an unfortunate and sobering reminder of the far too often reality of what people of color experience despite their gender, sexuality and body composition.  It is one of many written articles that serve as a reminder to those who are of color and informs those that are white as to the anxieties that people of color face when dating while melanated and educated. This is not to promote a West Side Story mentality of “stick to your own kind,”  nor deny someone the freedom of dating someone outside of their own culture or race. However, it is to bring attention as to what it means when a person of color chooses to date within their culture or race and the issues one may encounter if they choose to date someone outside of their race or culture.

Haywood, Corey Alexander. “(The Black Hat) 10 Ways That Dating A White Girl Will Open A Black Man’s Eyes to Racism.”

Trott, Donovan. “Raceplay 101: My Introduction to the world of Racist Sex Fantasies.”

—.”Racial Dating: Why you swipe right for some and not others.”