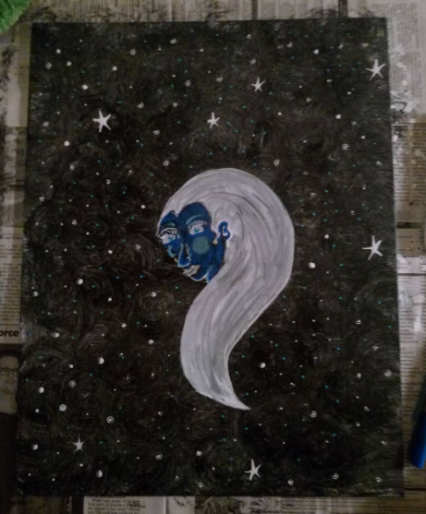 The other day I was riding in the car with my friend and colleague Angela Potter, and we began discussing how popular views of health, genetics, and modern material reality shaped everyday thinking and belief. We had just come from giving papers on a panel together at the Indiana Association of Historians. The topic? The public sphere, both as a tool of historical analysis and popular phrase in everyday speech. Angie’s paper had been an exploration of how sex education had been represented (and often misrepresented) in school texts. My paper had been on the intellectuals of World War One in the US, and how their debates could provide a better understanding of what the public sphere actually was in a democracy.

The panel’s Q and A had quickly turned to one of the questions that had been discussed at length in the keynote and other conference panels— were we living in a “post truth” era?

Our answer— No. Absolutely, not. Or more to the point, there never had been a “truth” era to begin with. Instead, the public sphere had always been a loose collection of ideas, cultural biases, and socio-political beliefs. Its why, we argued, sex and human anatomy could be portrayed in the public sphere’s print so bizarrely mangled.

Calling for a return to a period of agreement was ahistorical, and furthermore, ignored dangerous aspects of how many western democratic public spheres developed at the expense of the most marginalized in society.

Angie and I began talking about how some of the questions had wondered if basic physical reality could serve as the foundation of a “truth” era in politics. Surely, one questioner had pondered, we could all agree at least that there was a physical reality?

No, our panel said. Such an agreement would not do much good.

As we went over the questions again, Angie and I began discussing how even a physical reality led to differing views on the self, society, and our place in the cosmos. Specifically, we began discussing genetics, heredity, and how that shaped the individual. We both agreed genetics in many ways served as the modern embodiment of magical curses.

Why do some diseases and disorders persist? DNA. Like a curse on a family it passes itself on to generation after generation. The things we fear may happen, the fear of our fate in other words, resides in our cells. It flows in our blood. It is fate, working on our lives from some unknown realm.

My grandfather died with his brain riddled with Alzheimer’s.

Throughout his life he had been a child miner in WV during the Depression, a veteran of the Korean War, and a longtime advocate for labor unions. But he was more than these things. In many ways these facts, although they shaped him profoundly, were historical markers on his physical body. On his own volition he also had a deep thirst for knowledge. Abstract thinking. Scholarly knowledge about the world and his surroundings.

I will never forget how when I began taking geometry in school he lit up with excitement when I brought my homework to his house for a visit.

“Euclid!” He said in excitement. He then took my book and began to page through it with eagerness. Stopping over a few equations, he read them like they were magic spells with some innate power. Then he turned to me and began going on about how he had read a book on Euclid recently, why Euclid and his field was so important, and how lucky I was to be studying it.

That was how excited my grandfather could become with knowledge. To him it was a magical realm where reality was transformed by ideas. It could transfer you anywhere, instantaneously.

It was why it was so hard to watch him slowly die as a genetic disease systematically dismantled his mind. It was a sad irony that as I was able to talk to him more deeply about ideas and issues in academics and politics he was losing his ability to do so. The last time I saw him (outside of a hospital) he just stared at me with uncertainty, not sure who I was or why I was at his home.

There was little hope then that he would know who Euclid was.

My partner Allison and I had our DNA tested a few years ago. We did this mostly as people interested by thinkers like Henry Louis Gates Jr. who had popularized the practice as a way to connect with history.

Ultimately, we found some fascinating information about our backgrounds. For instance, I share a bizarrely high amount of genetic material and markers that relates me to Neanderthal people. Hence my lovely pronounced eyebrow ridge, which makes me look perpetually angry unless I walk around with my eyebrows raised as if surprised by some unseen force.

But besides this, the testing center also calculated the probability of certain health risks. They did this solely on looking at genetic material, figuring statistics, and providing a rough estimate. It was as close to palm reading one could get in a science lab.

Opening my profile I was taken to a red ominous page that demanded I absolve the testing center from any legal action once I learned what awaited me on the other side. Pandora’s Box with a lawyer present.

I clicked “yes” and continued. There, like a grim wizard, was the ghost of my grandfather passing along the curse. 95-99℅ likelihood of developing dementia. My brain would almost certainly continue forging new synaptic pathways until it strangled itself. Like a garden given over to a vicious strain of weeds.

I don’t regret having my DNA mapped, but I certainly take Angie’s observation about curses and science to heart. It both terrifies me, and saddens me to think that others will most likely have to watch that process of mental degradation happen to me. As someone who enjoys reading, debating, and writing about ideas I can’t help but picture my grandfather staring at me blankly. A man who once got so excited by a high school textbook that he sat with his grandson to do equations, he was no longer even able to recognize what room he was in.

What does this belief in physical reality get us? To be sure it is a base line most modern people prescribe to, but outside of that does this common core of thinking predict how people will react to the knowledge of their more than likely fate?

No. Not really. For that we have to look to personal philosophies, religious and spiritual outlooks, and past experiences.

I am still young, so I can treat this reading of the divining stones in my blood as an afterthought. No doubt it will take on pressing urgency the older I get, when death becomes more of a put-off meeting in a planner than some rumored far-off land.

But I don’t want to be defined by my death, any more than I want to be defined by a potential disorder. My grandfather loved Euclid. He rose through one of the most incredible periods of US history to raise a family, and his grandson now has the luxury to study not just Euclid but entire universes of past societies. We are not solely our history, just as we are not a singular event, like our death.

There is little use in running from, or raging at fate (although it is perfectly fine, and sometimes quite healthy, to do so). Curses and science have never cared too much about human desire.

Where do we place our politics then? Is it in the project of creating a commensurable public where politics spring forth from a basic belief in the material world? Such a state is not unimportant, but it is hardly the most important. Although scientists like Neil deGrasse Tyson have argued that such a state would potentially save us, I think it does a great disservice to the myriad and beautifully diverse ways humans have developed to thrive in the material world.

I obviously would gladly take any treatment that cures me of a disease like dementia, but if I have learned anything from literature it is that those who become consumed by their curse are truly the ones who are destroyed. The evil magic wins in total, because the curse touches and destroys all aspects of that person’s life. We see it in those who run, those who try to cheat it, and those who sacrifice their very being to try and get out.

We stand in this physical world, supposedly the stage that gives us all meaning. But the next step, the next word, and the next thought determines who we are. It differentiates us. It divides us as beings who must operate in the world imperfectly. That is where our politics start. Not at the base of physical reality, but in the articulation of aspiration.

The interior of my skull continues to buzz at a million miles a minute. It is the seat of my very being, my tether to the physical world. But it is not the only thing I am. We inaugurate our flesh, and in the process must liberate our souls.

Did you enjoy this article? Consider subscribing to TERSE. for as little as $1 a month: https://www.patreon.com/TERSE